I export many French speciality food In Germany, thanks to an important network of more than 150 German distributors really focused pn gourmet foods. 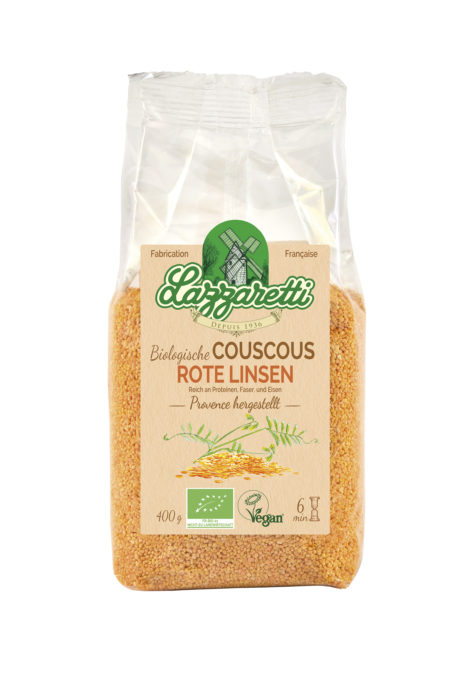 Innovation in organic legumes with lentil and pea couscous

After Spain, it is Germany which adopts this innovation.

Flavors and authenticity, the master assets of the French food manufacturers

Once again, it is an innovative French SME that brings a new mode of consumption of organic proteins that is both authentic, practical and tasty.

Development of the French organic cereals and legumes supply chain

The ancient small spelled from Haute Provence for example. 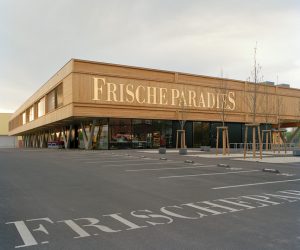 The great Frische Paradies store in Berlin is a gastronomy icon both for the public and the chefs. This is why it is very difficult to get in, … and to stay there. This is the case of the beautiful Provence AOC olive oil “Gold Taurenne” voted best fruity green olive oil in the world in 2013 by the FLOS guide (olive oil equivalent of Parker for the wines ). Listed for a test in December 2012, the Golden Taurenne is now an oil that is part of the Berliners gastronomic landscape. 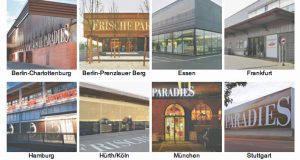 FrischeParadies KG, it is the ” Marks and Spencer “‘s style cash and Carry in Germany be the “Britisqh” style of its luxurious ” Food Halls ” or the quality of the speciality foods displayed. FrischeParadies KG moto is ” the C*C of the Gourmets ” owns 8 points of sale in the high-end positioning all with restaurants and located in Germany in each of the big regional capitals (+ 1 in Austria). The stores sells as well to the professionals as well to the public. FrischeParadies KG exports in Denmark, in Poland, Czech Republic, in the Baltic States and in Majorca.
By its positioning, it is the distributor perfectly adapted to the French speciality food Denan and Associés exports, and by his size, it represents significant and recurring sales volumes.

As always, signing the right local distributor partner is the key to the success of a perennial export

First of all, given its price and its exclusiveness the best of the local distributors is absolutely necessary in order to export French delicatessen. But finally, the difficulty is to approach, seduce and motivate such a partner.

Following the success of a first fortnight in 2016, Kaufhof decides to list to the salt of Ile de Ré and wishes to repeat the offer in the 2017 summer. Probably a strong argument that made possible to decide the importer-distributor with the ideal profile – previously identified and prospected  but which had not previously committed.

Consequently, a contract is signed which guarantees the exclusivity to this importer for a period of 6 months, renewable once. Time for both parties to measure the value of a long-term collaboration. Winning bet ! At the end of the first six-month period, the importer is convinced. He wants to promote the products on his stand at the ANUGA fait (Oct 2017) and commit to a long-term agreement.

A distributor introduced into all delicatessen circuits

This one-of-a-kind distributor in Germany – of which it is the 2nd generation which is at the controls – has entries in the whole German gastronomic gratin, whatever the circuits:

5 star hotels and chains of prestige. 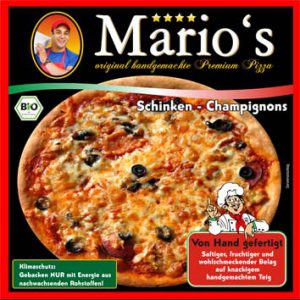 A new partnership for the French frozen food. Products will be marketed in organic specialist shops 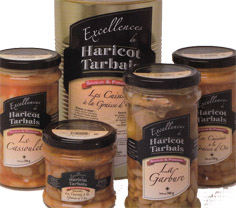 The TARBAIS (Trabais = from Tarbes, a west southern french gastronomic city) BEAN is the ” Rolls Royce of the bean ” which is characterized by a tender and soft flesh and a delicate and not floury texture. Jean-Marc Denan is in charge to export ready-made meals in glass made of this beans (garbure (cabbage soup), cassoulet, cooked bean in goose fat,…). A first partnership is concluded with an importer specialized in the supply to the German network of delicatessen. 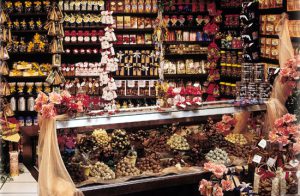 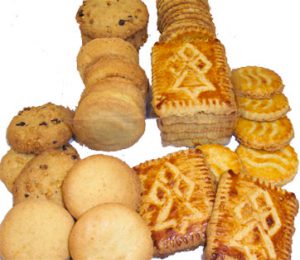 On behalf this family company ( 2nd generation) Jean-Marc Denan have convinced W Berge a German importer of delicatessen to list their cookies. WB wishes to introduce on the national level in Germany. 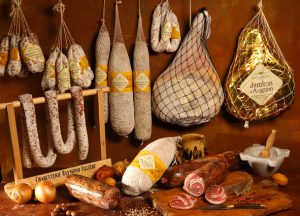 After Germany where hams cooked are exported for already one year, Austrian butchers tasted the French cooked hams 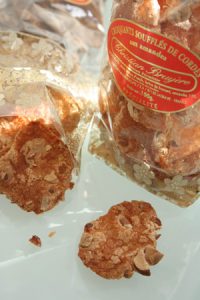 Delicious cookies joined the display stands of all the German delicatessens thanks to a partnership with a german distributor lead by -M Denan.